I’ve been touring with the same pedal board for 2 years now. That’s given me plenty of time to come up with ways to improve my pedal board. I know exactly what works and what doesn’t work with my current board.

And with all the down time we’re having right now, I figured it was the perfect time to redo my touring board. This is part 1 of a 2 part blog series where we’ll walk through the pedal board re-build.

In part 1, we’ll take a detailed look at my current pedal board, then see where I hope to make improvements with my new board.

Here you can see my touring board as it is currently laid out. Here’s the signal flow:

Placing my drives in the effects loop of the HX Effects gives me the ability to route certain effects (fuzz, mods, etc) from the Line6 before my drives, while keeping other effects (delays, reverbs, etc) after my drives.

All in all, it’s a pretty simple rig, but also gives me tons of sounds and routing options to work with.

Now let’s take a look at how I’m using each pedal and why I chose each pedal for this rig.

The Ernie Ball VP Jr has been a long time favorite of mine, and the Thru-Tone mod is truly a game changer. Gone are the days of calibration drift, string breakage, and tone suck. Also, the bright blue LED looks really cool on stage (half the battle, right?).

I use the Digitech Drop for songs that are in Eb. This eliminates a couple guitar changes throughout our set. Frank Foster likes to move fast between songs, so this pedal has been great for that.

The Keeley Workstation was appealing because it packs so much into a small pedal…compression, clean boost, Marshall-esque overdrive, and a TS-style drive. I’ve used the TS as my solo boost and the compression mainly on cleaner tones.

The Rockett Chicken Soup is a take on the Nobels ODR-1. It’s been my core drive tone on every pedal board I’ve had since I got it 7 years ago. If you’ve heard me play with Frank Foster, you’ve heard this pedal.

The HX Effects covers everything else for me. I mainly use it for modulation, delay, and reverb. But I’ve occasionally used it for fuzz sounds as well.

Here are the things that I do like about this board:

With all of these factors in mind, I’ve set out to put together a new and improved touring pedal board. In Part 2 of this blog series we’ll take a look at the new board and see how each problem area was dealt with and solved. Stay tuned.

Stay current with blog posts, new music, and other updates.

You have Successfully Subscribed! 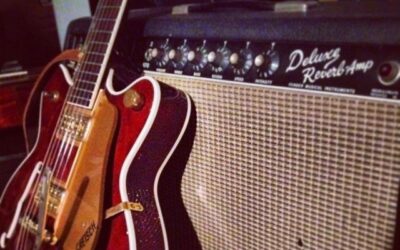 The Unlikely Story of my 1965 Deluxe Reverb

Ever heard a story and instantly thought "yeah right..." Well, here's one of those stories. It was the summer of 2013, and Shanna and I had finally...

END_OF_DOCUMENT_TOKEN_TO_BE_REPLACED 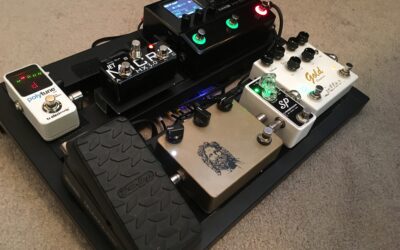 In Part 1 of this blog series we walked through the pedal board that I've toured with for the past 2 years. We looked at what I liked and what I...

END_OF_DOCUMENT_TOKEN_TO_BE_REPLACED 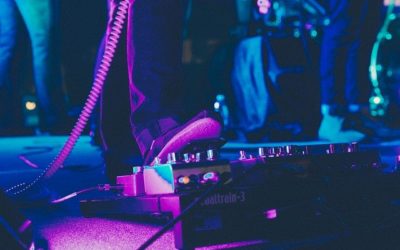 3 Ways To Compress Your Tone Without A Compression Pedal